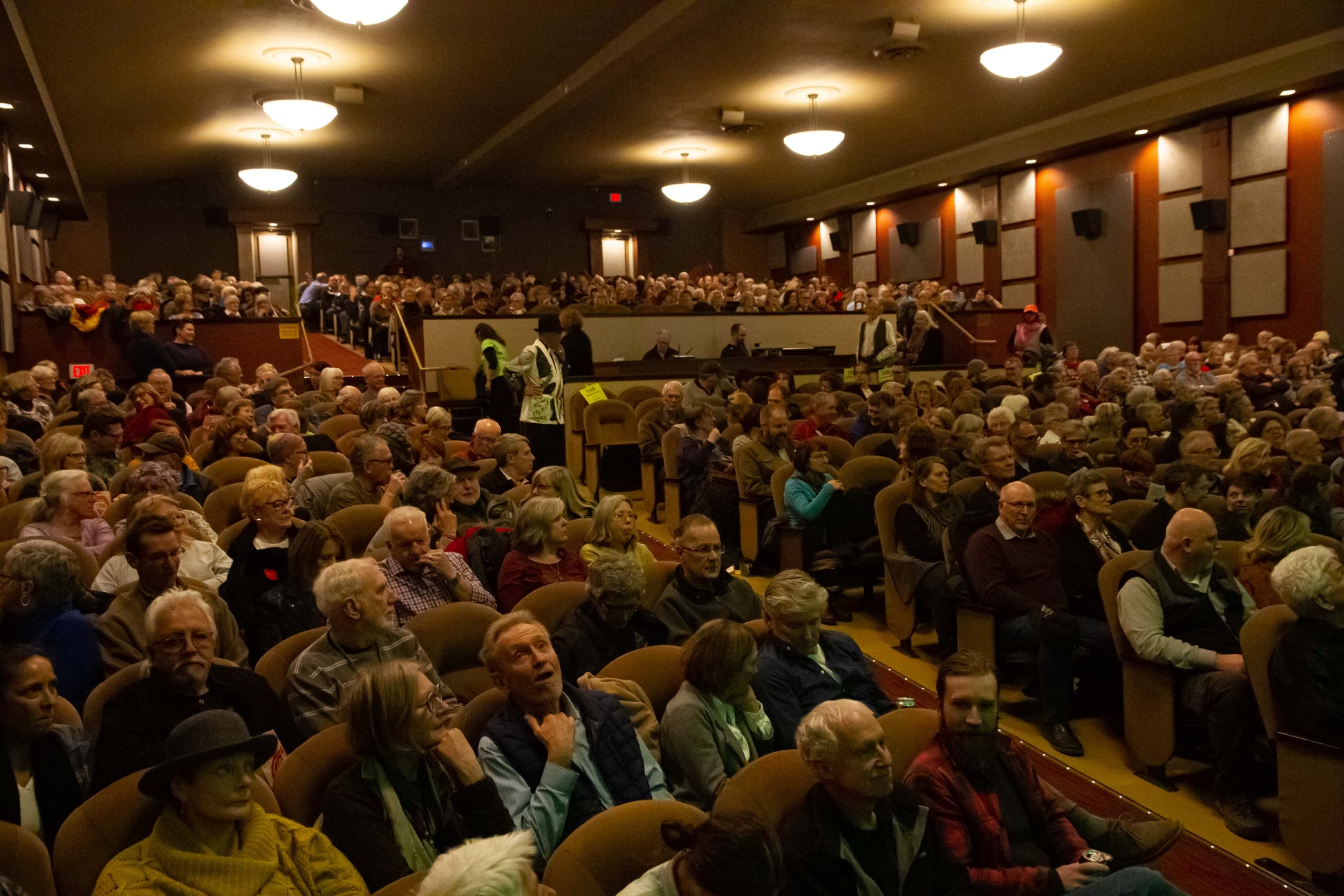 Susan Young, a Belleville citizen and community activist, was involved in a research project on documentary film goers just as the genre had a resurgence in the early 2010’s. The findings showed documentary audiences reported giving more financially, volunteering more, and having an increased feeling they could make a difference in their communities and beyond.

The belief that documentary films have the potential to promote awareness on important issues and lead to positive social change was and still is central to DocFest.

From the outset the festival was committed to community involvement and local organizations and businesses were approached to sponsor films related to their community work. Loyalist College students helped with promotion and 50 wonderful volunteers were recruited.

With the help of a package of films from the World Community Film Festival, an organization that helps start up film festivals, as well as a few local submissions, a two-day film festival was organized for March 5-6, 2012. Support came from the Elementary Teachers Federation of Ontario Hastings-Prince Edward and Bridge Street United Church Foundation. The Core Community Arts and Culture Centre and Belleville Public Library & John M. Parrott Art Gallery.

One of the most important decisions was to host an Opening Gala at The Empire Theatre featuring a music documentary followed by a live musical performance. A feature that DocFest maintains today. Mike Pretsell’s law firm stepped up to sponsor the first and subsequent 10 Gala events! With the success of the inaugural film festival and popularity of the opening Gala, DocFest quickly became a major event in the social and cultural life of the city.

That first year’s overall attendance exceeded all expectations, and the festival was launched. Ontario Arts Council funding was secured, and independent programming began in year three. The City of Belleville has provided grant funding year over year. DocFest also receives important funding from the Canada Council for the Arts, Heritage Canada, in addition to the Ontario Arts Council.

The festival has traditionally included a unique arts experience and opportunity to engage with local filmmakers and local artists and their work. An annual art show curated by local artists, Peter Paylor and Lisa Morris has been a special part of DocFest for several years.

We like to think that our community-oriented documentary film festival honours Margaret Mead’s adage: “Never doubt that a small group of thoughtful, committed citizens can change the world; indeed, it’s the only thing that ever has.”

Susan Young and five other dedicated community-oriented individuals shared a vision of presenting documentary films in Belleville that would inspire, entertain, and educate viewers

In November 2011, a committee was formed with Gary Magwood and Heather Muir as co-chairs and included Susan Young, Lynn Braun, Penny Hendricks, and Anne MacInnis.

With the help of a package of films from the World Community Film Festival, a two-day film festival was organized for March 5-6, 2012.

Please visit the Docfest Archives page for past programs, trailers and film catalogs.