Passes are now on sale for the 12th Annual Belleville Downtown DocFest.

The 12th Annual Belleville Downtown DocFest will combine in-theatre film screenings at three venues, our live gala film and concert presentation at the Empire Theatre in Downtown Belleville along with our complete Virtual Festival to allow anyone, anywhere in Ontario, to enjoy our unique film festival experience.

Check out the Passes below and please subscribe for email announcements. 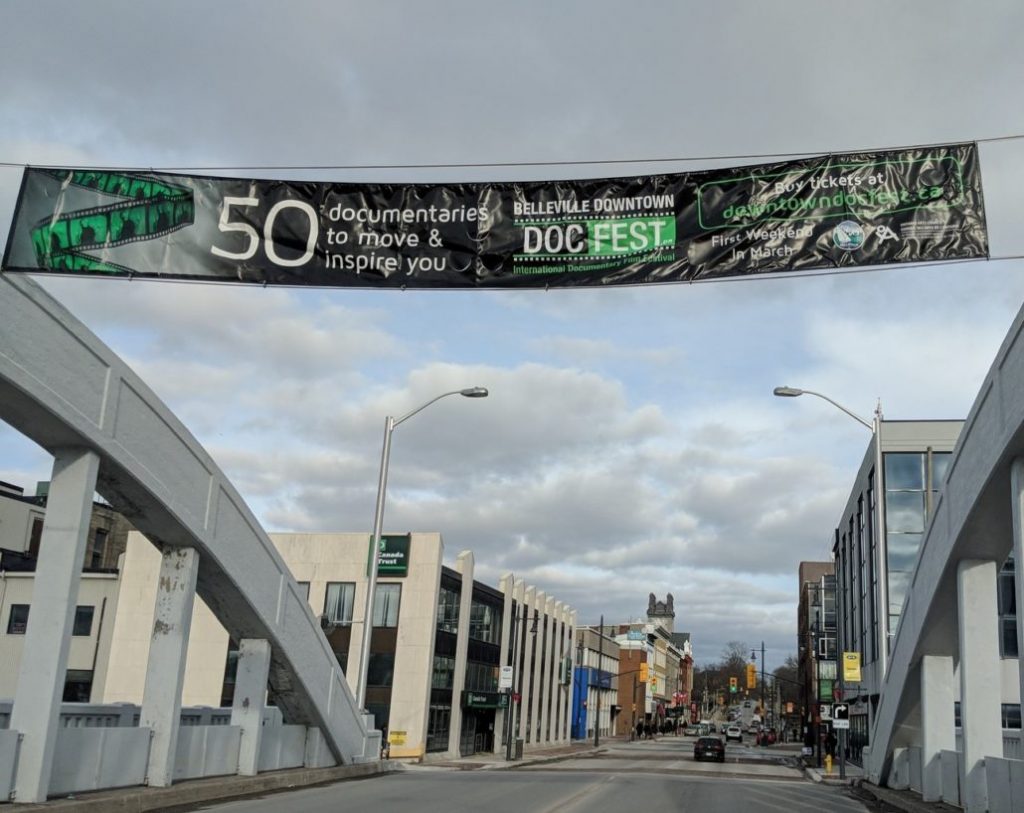 Subscribe to receive the latest news and announcements in your inbox.

Gala Film and Concert, In-Person films, and a Pass Plus option to add Virtual screenings.

Early Bird Pricing is in effect
while supplies last.

Early Bird Pricing is in effect
while supplies last.

The In-Person Weekend Pass Plus includes:

Twelve Virtual Screening Tickets to watch the films from home.

Please consider donating to DocFest at check-out. Your contribution helps the festival continue to present the year’s best in documentary film.

All pass prices shown do not show transaction fees, to be calculated at checkout.

All passes are Non-Refundable.

All Virtual Passes or Virtual Tickets provide access to selected films for on-line viewing within Ontario only. Once films become available during the Festival, viewers will have 3-days to unlock them and 24 hours to finish watching them.

During the Festival you’ll have access to full 24/7 audience help and support directly from the screening page.

You’ll be able to watch on a variety of platforms and devices including Roku, Amazon Firestick, Android and Apple TV.

For complete details and frequently asked questions about the technology requirements of this year’s festival, please see the FAQ page here.

How will THe Virtual Festival work?

Once all the films are announced you will be able to reserve films you would like to see. We’ll publish the Schedule, the Virtual Film Guide and Trailers for all the films.

All films will be available for 3-day (72 hour) “watch-windows” and you’ll have 24 hours to watch a film once you’ve unlocked it to begin viewing. You can only unlock films that are available during a “watch-window”.

Film watch windows will begin on Sunday March 5th at 7:00pm. The final group of films will be made available to unlock on Friday March 10th at 7:00pm.

We’ve found that reserving your films is a great way to make sure you don’t miss any of your must-sees. We will let all pass-holders know when they can begin reserving films.

We have unlimited “virtual seats” for each of our films, so you do not need to make reservations in order to use your passes or tickets.

Make sure you are subscribed to receive updates. about new films and special programming features for the 2023 Festival.